The State Museum of Pennsylvania contracted with BRH to conserve a silver service centerpiece from the USS Pennsylvania. 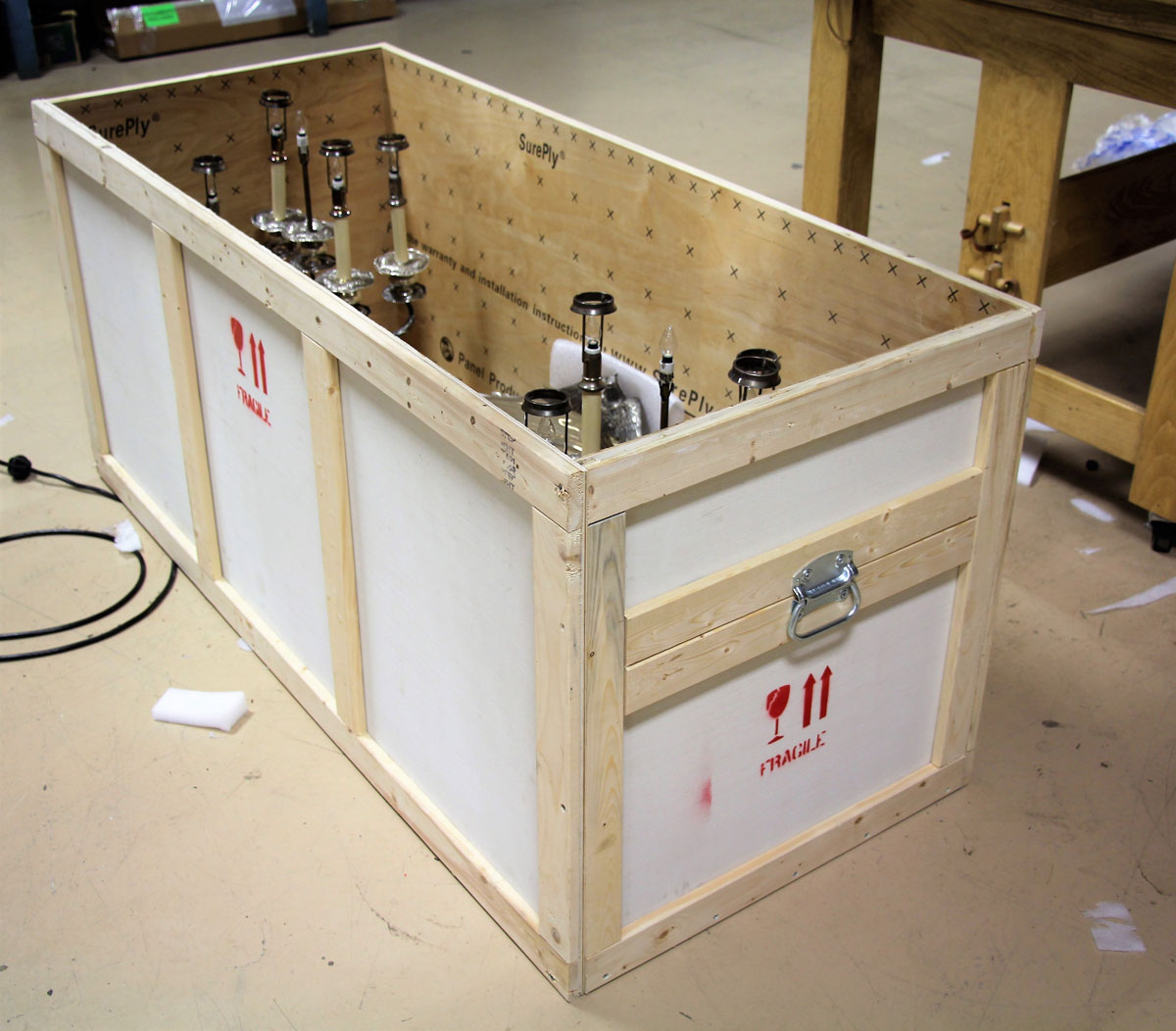 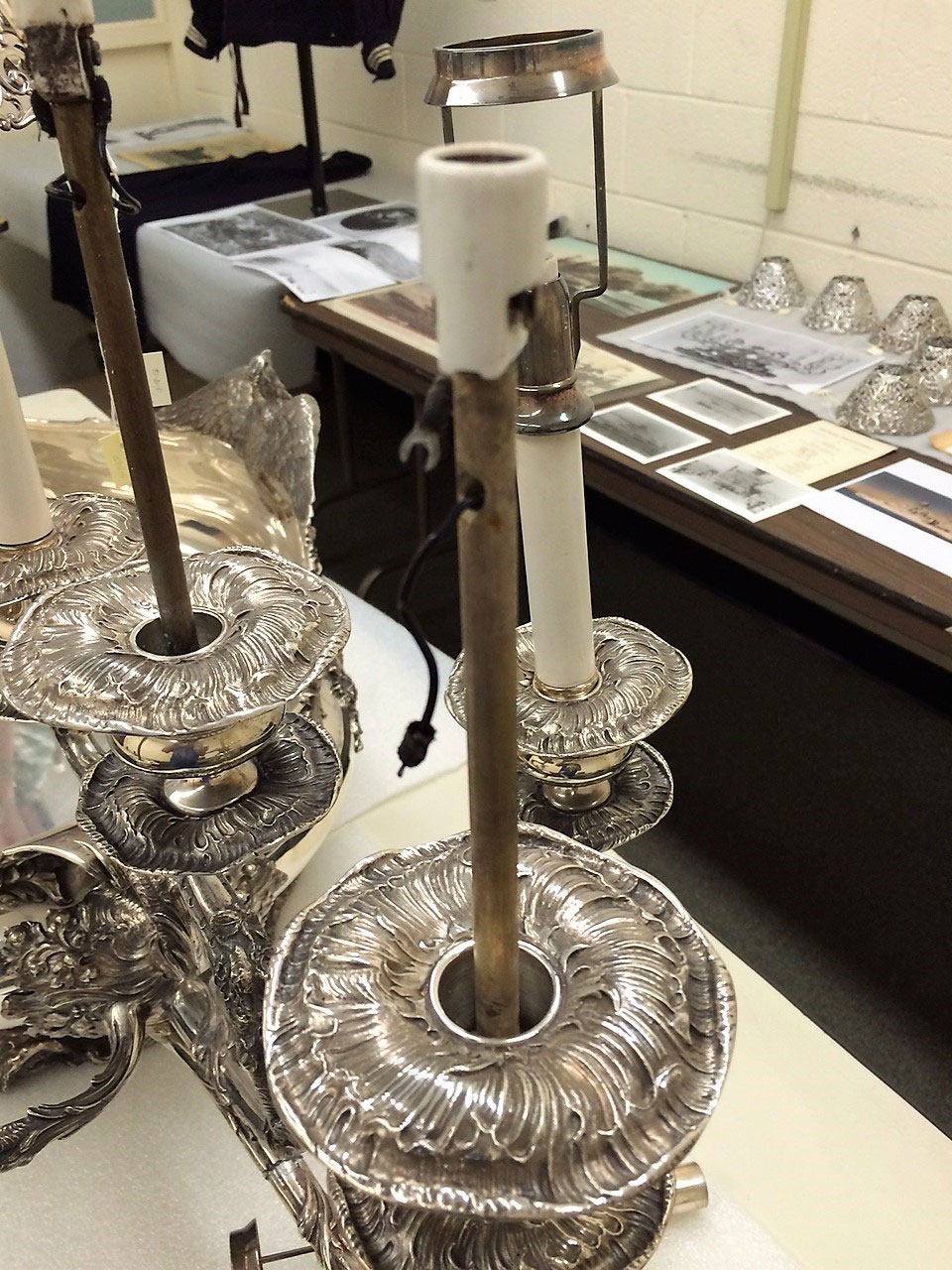 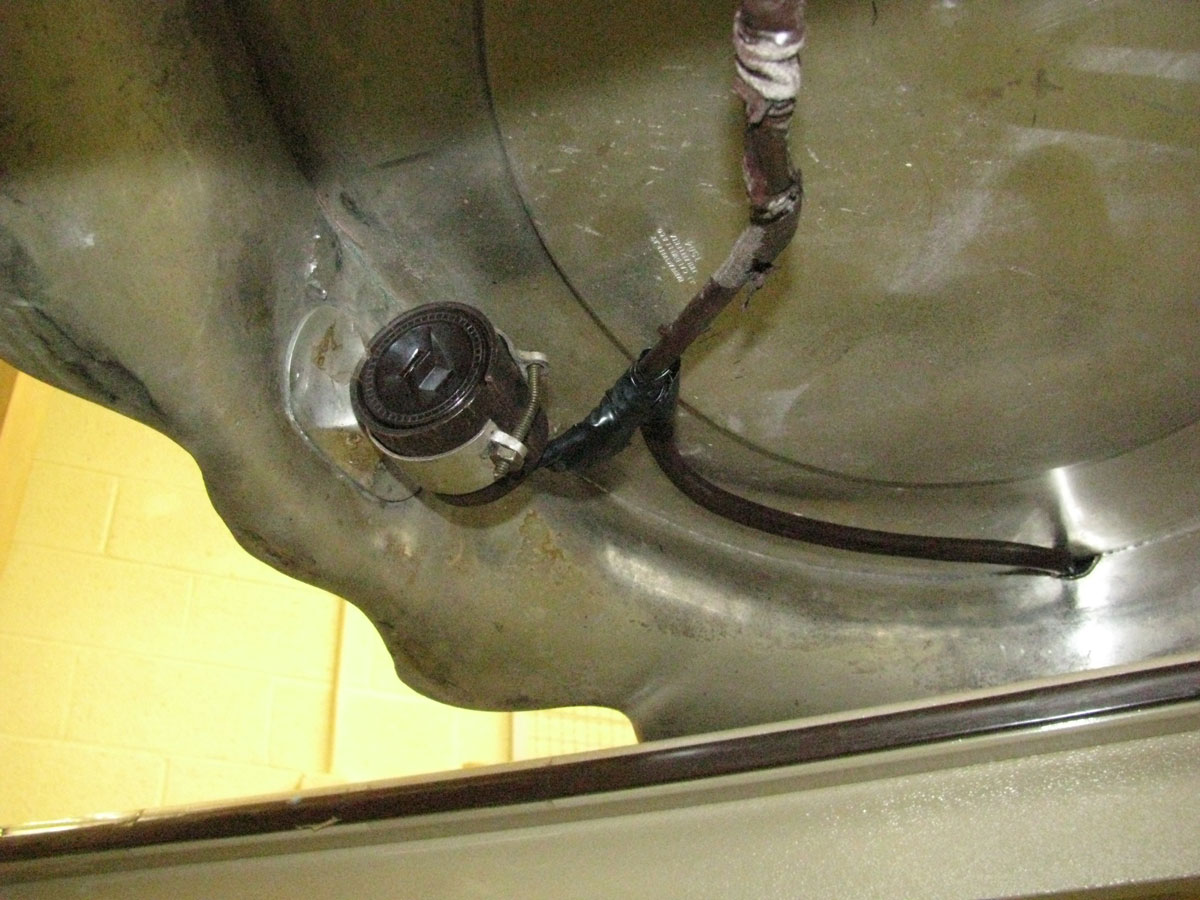 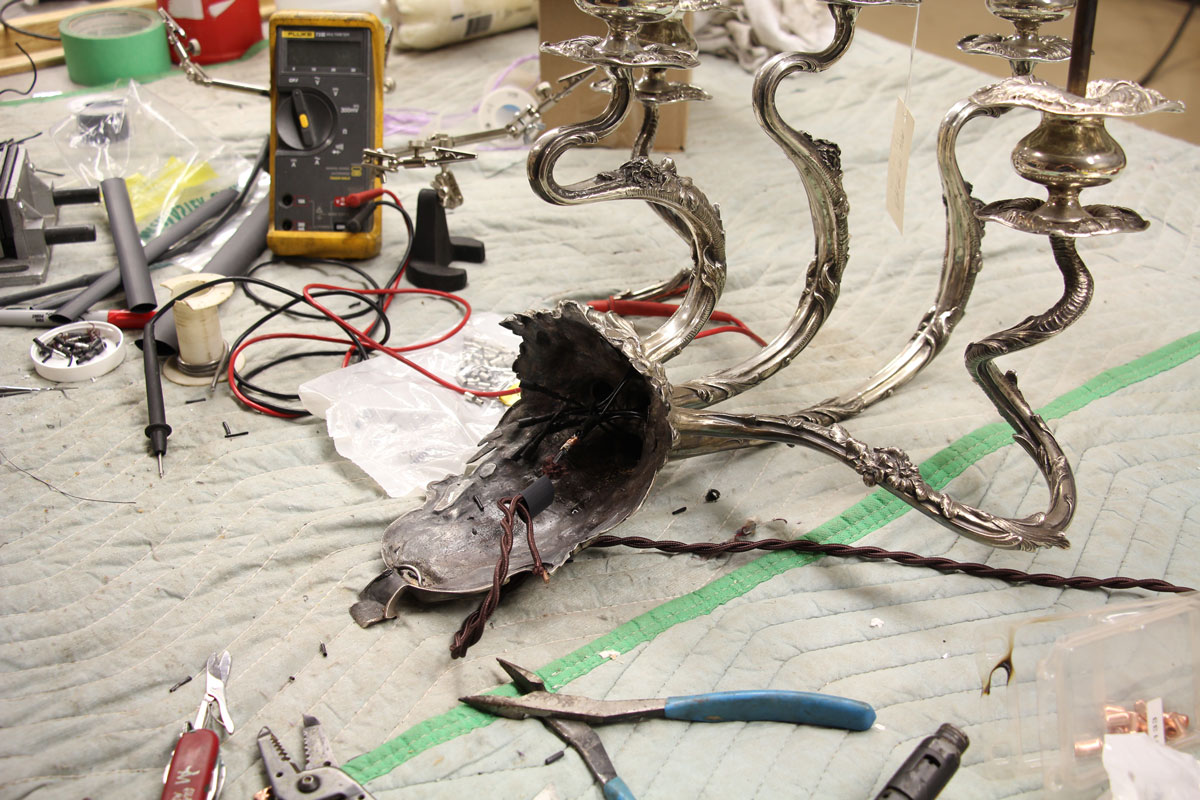 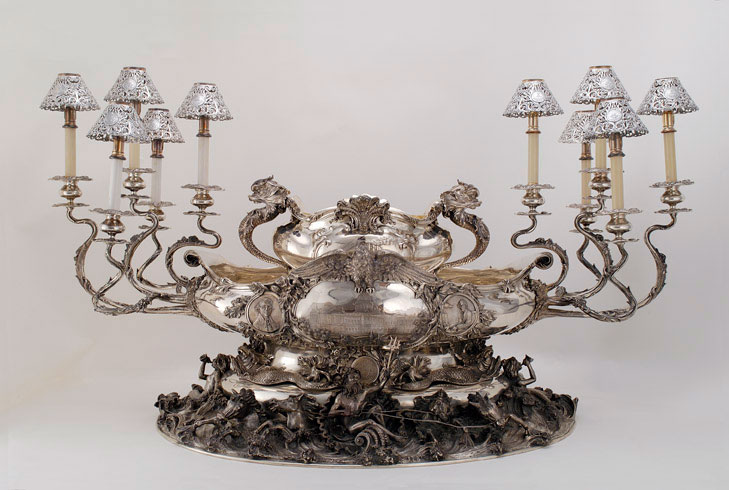 The silver centerpiece was in good but unstable condition due to corrosion/tarnish which is developed in areas where the lacquer coating had begun deteriorating. The electrified “candles” were also unstable due to embrittlement of the insulation covers on the wires and corroded contacts within the lamp sockets.  One of the sockets was broken and separated from the fixture and another was held in place with electrical tape. This was problematic as the goal of the museum was to have the piece electrified so that the bulb would be illuminated while exhibited.

B.R. Howard had the artifact transported to our facility where it was documented and partially disassembled to facilitate the conservation treatment. Reproduction wire that matched the original cloth wrapped wiring was used to replace the damaged wiring. The original wiring was retained.  The sockets were replaced with period appropriate replicas that would accommodate LED bulbs before reassembly.  The curatorial staff did not wish to have the silver completely stripped and re-lacquered as they thought its current appearance seemed appropriate. Localized polishing and applications of synthetic lacquer were applied to specific areas where lacquer had failed as an alternative.  The piece was then crated and returned to The State Museum of Pennsylvania.